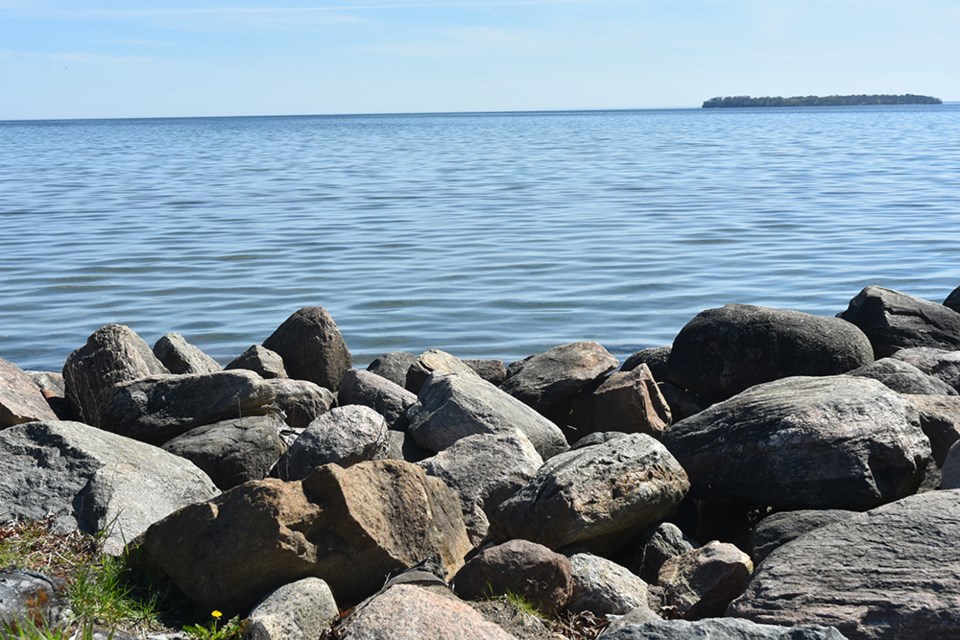 Last December, the Ministry of the Environment, Conservation and Parks (MECP) announced a review of the Lake Simcoe Protection Plan – the legislation, in place since 2009, that is designed to provide an additional level of protection for the lake.

The province has asked for comments to be submitted by a March 3, 2021 deadline.

On Feb. 24, Innisfil Council received a report, providing an update on the process and a summary of the comments being sent by staff on behalf of the town.

The report praised the Lake Simcoe Protection Plan, as demonstrating “the province's interest and direction for planned growth and environmental sustainability within the Lake Simcoe watershed,” concluding it is “effective and provides meaningful targets for protection and enhancement,” but council heard a slightly different take from Claire Malcolmson, executive director of the Rescue Lake Simcoe Coalition.

Malcolmson, speaking as a delegation to council, called the LSPP “the best watershed-based legislation in Canada”  - but warned that it could be undermined, and that Innisfil has a bigger role to play in conservation.

She noted that Lake Simcoe and its surrounding watershed generate approximately $420 million per year in sustainable recreational and tourism dollars. Those dollars rely on a healthy lake and clean water.

The Rescue Lake Simcoe Coalition has identified a number of key areas of the Protection Plan that it wants to see preserved and enhanced, including:

. Reduce the amount of phosphorus entering Lake Simcoe to 44 tonnes per year. Currently, about 90 tonnes of phosphorus enter the lake annually, “more than double the target,” Malcolmson noted. All of the efforts to date involve “just keeping pace with the impact of growth.”

Innisfil is even farther from reaching the LSPP target. Based on data from the Lake Simcoe Region Conservation Authority, Innisfil has only  28.2 percent woodland, and 10.7 percent wetlands.

. Create meaningful partnerships with the Lake Simcoe Conservation Authority and First Nations. She called for ongoing engagement in conservation issues.

. Incorporate the Lake Simcoe Climate Change Adaptation Strategy into all new plans and actions. Spikes in precipitation, as linked to more intense rain events due to climate change, are linked to spikes in the amount of phosphorus entering the lake.

. “Respect the Lake Simcoe Protection Plan” by stopping the use of Ministerial Zoning orders (MZOs) in the watershed.

Innisfil is proposing “unprecedented growth” with its Mobility Orbit vision of a city of 100,000 people centred around a yet-to-be-built GO Train station – and has requested an MZO to fast-track the development.

“Our campaign is really about protecting the plan and focusing on implementing it,” Malcolmsonsaid. “We do not want the province to weaken it in any way.”

She called the original staff report “not scientific enough,” and suggested that it seemed to propose that other municipalities within the watershed not grow, to accommodate the “unprecedented growth” of the orbit.

“That’s not how ecology works,” she said. “It needs to be clear that the health of the lake is not really flexible.”

Malcolmson concluded, “Innisfil needs to work harder to protect an adequate amount of greenspace and protect water quality… It is critical that comments to the province not suggest that accommodating growth is the most important thing. The lake is a shared resource.”

Coun. Alex Waters asked Malcolmson why she didn’t mention road salt as a threat to the lake. “I think it’s just as much a threat as phosphorus is,” he said.

Malcolmson replied that salt is not mentioned in the Lake Simcoe Protection Plan, although “it’s certainly being looked at from the science community,” and in the process of being studied.

Waters asked her about a seeming loophole within the plan that allows developers to “offset” disruption to the natural environment by making financial or other contributions. He asked how wetlands can be protected “when a developer can buy their way out?”

Malcolmson questioned the basic principle of ‘offsetting’. “Nothing is as good as natural wetland,” she said. Moving the location of a wetland “does not solve the local problem… The science is that removing wetlands is not helpful for the environment.”

“It is something that happens here quite frequently,” noted Mayor Lynn Dollin.

The Rescue Lake Simcoe Coalition shared its comments to staff in advance of Wednesday’s meeting, and Malcolmson thanked staff and council for listening.

The town's comments, being provided to the MECP, recognize the potential conflict between changes to the province's Growth Plan and the Lake Simcoe Protection Plan.

The County of Simcoe will be undertaking a Municipal Comprehensive Review in 2022, that is expected to boost planned population numbers – putting increasing pressure on the lake, especially through phosphorus loading from Sewage treatment plant effluent and stormwater management ponds.

“Updates to the Lake Simcoe Protection Plan, associated regulations, improved technology and stewardship initiatives will be needed to manage phosphorus levels and other targets based on any given population growth within the watershed,” the report noted.

The town asked for more dialogue and sharing of expertise by the Ministry, and agreed with the sub-watershed approach supported by both the LSPP and Rescue Lake Simcoe Coalition.

Innisfil is also asking for a number of changes to policy:

. That plans of subdivision registered within the last 10 years be exempt from the “major development policies,” arguing that there is no need for “enhanced stormwater management” in subdivisions that already include “source, lot level, conveyance and end of pipe controls.”

. Staff asked for clarification regarding the application of the Lake Simcoe Protection Plan within a strategic employment area like Innisfil Heights.

The biggest questions related to the section in the plan that permits the removal of vegetation from a property 30 days prior to construction or grading.

Rescue Lake Simcoe Coalition had pinpointed the 30-day permission as a potential source of erosion and siltation. The town has recommended that other legislation, including the Endangered Species Act, Migratory Bird Act and Half-load restrictions also be considered, to avoid the premature removal of vegetation.

Staff have called for “stronger provincial standards on tree and vegetation removal to empower municipalities” – and for the “natural self-sustaining vegetation” required in the LSPP to be 100 percent native species.

Some of the language within the LSPP is vague, and open to interpretation. The town is asking for firm guidance from the province on issues like the size of replacement structures within sensitive areas, and better co-ordination with MECP and Conservation Authority regulations.

Council voted to receive the report for information; the comments will be sent to MECP before the deadline.