Officials say while the survey will build on existing research regarding workplace harassment and violence, reliable data is still lacking when it comes to the barriers workers face in reporting, as well as what happens after such a report is made
Oct 24, 2020 8:55 PM By: Global News 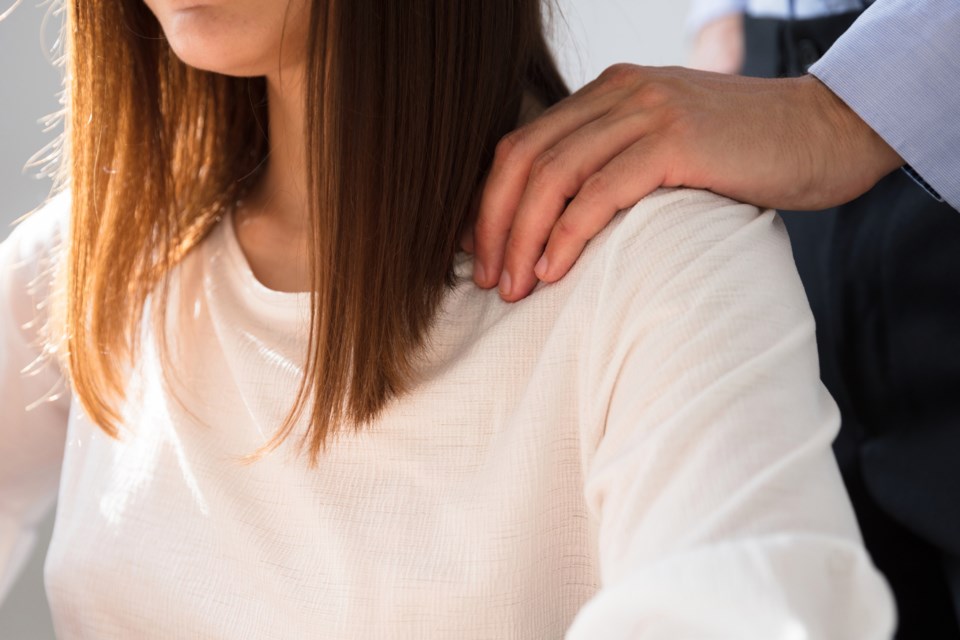 A national survey led by researchers from Western University is looking to hear from Canadian workers on the issue of workplace sexual harassment and/or violence — specifically, why they reported or did not report such behaviour, and what happened when they did.

The anonymous, online survey from Western’s Centre for Research and Education on Violence Against Women and Children (CREVAWC) is being conducted in partnership with the University of Toronto and the Canadian Labour Congress.

“This survey will help us understand workers’ experiences of violence and harassment in Canada,” said Canadian Labour Congress President, Hassan Yussuff, in a statement.

“Until we have that understanding, we have little chance of preventing harassment before it starts. All workers deserve to feel safe in their workplace.”

The hope, says Barb MacQuarrie, CREVAWC’s community director, is that the survey will provide the data needed for substantive and serious conversations with government and workplace policy markers when it comes to tackling the issue of sexual harassment and violence in the workplace.

“One of the most important things we want to learn is are people reporting? If they are, why? If they are not, why? And then, really, what happens?” MacQuarrie told 980 CFPL’s Jess Brady on Wednesday.

“We hear anecdotally that some people experience reprisals, like negative consequences of coming forward and reporting what happened. And sometimes those are really serious, that can be like a loss of a career. So we really want to understand that.”

Officials say while the survey will build on existing research regarding workplace harassment and violence, reliable data is still lacking when it comes to the barriers workers face in reporting, as well as what happens after such a report is made.

“When we as researchers try to define a behaviour, not everybody can fit their experience into our box. So we really want to know behaviours that happen in the workplace without labelling them. Just tell us what happened. That’ll allow us, when we get responses from people all across the country… to put together a picture of what is actually happening in Canadian workplaces.”

She adds that having a large response rate from people in various situations will allow researchers to study the organizational factors that make it possible for some people to report sexual harassment or violence and have a positive outcome.

“Conversely, what are those kind of organizational factors that mean that people don’t report, or when they do report, they experience negative reprisals, they don’t get change, and there’s negative consequences to them?” she said.

Having responses from both unionized and non-unionized workers will also provide researchers a window into the experiences both face when it comes to reporting.

“Unions… have a role to support workers in unionized workplaces. So are they doing a good job? Are things that they could improve? They want to know that.”

A 2018 report by Statistics Canada, utilizing data from the 2016 General Social Survey on Canadians at Work and Home, found that nearly 20 per cent of women and 13 per cent of men reported being harassed at work, including verbal abuse, humiliating behaviour, physical violence and unwanted sexual attention or sexual harassment.

Fewer than one per cent of men reported being sexually harassed in the workplace, the report said. The sample size of the data was about 9,000 people.

South of the border, a recent study by the National Women’s Law Center, which houses and administers the Time’s Up Legal Defence Fund, found that more than seven out of 10 people in the U.S. who reported sexual harassment at the workplace said they faced some form of retaliation, up to and including being fired.

The study analyzed 3,317 online requests for legal help from the defence fund between January 2018 and the end of April 2020.

Fifty-six per cent of workers who identified their harasser in their online requests said it was someone they reported to. Nearly two in five people, 37 per cent, said nothing happened to the perpetrator.

“We want to be able to make recommendations both to employers, so that at a workplace level they can be examining their policies and their practises and procedures… but also to governments,” MacQuarrie said.

“In the last few years, we have seen some movement on legislation to provide better legislative framework for addressing workplace harassment and violence. But we don’t know, maybe we could still make improvements.”

— With files from Jocelyn Noveck of The Associated Press

Applications for Simcoe County District School Board’s French Immersion program open next week
Nov 26, 2020 4:45 PM
Comments
We welcome your feedback and encourage you to share your thoughts. We ask that you be respectful of others and their points of view, refrain from personal attacks and stay on topic. To learn about our commenting policies and how we moderate, please read our Community Guidelines.