COLUMN: Dining inside restaurants provides a taste of freedom

Columnist says province's move to Step 3 allowed her to do 'absolutely nothing special and that is exactly what was so special about it!'
Jul 21, 2021 7:00 PM By: Wendy King 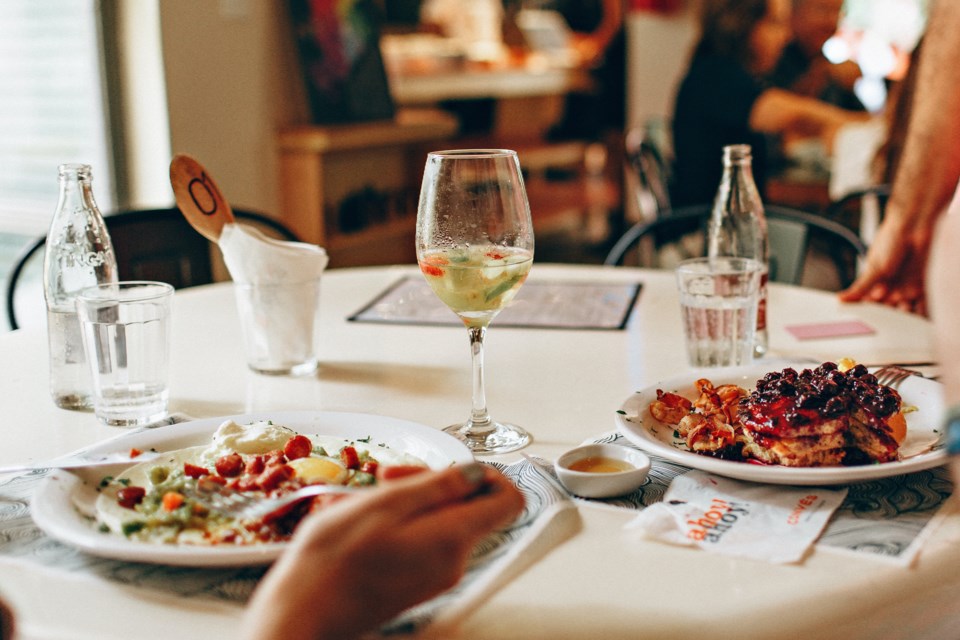 It was like a get out of jail free card.

Step 3 in Ontario's recovery has begun and it was what I had been waiting for.

The ability to safely dine inside a restaurant, after what has seemed like an eternity, excited me like a kid headed for Disney.

Aside from visiting the hairdresser, this was the option I was most desperate for about since the pandemic began.

This must be how newly paroled prisoners feel — still sort of under house arrest but with a taste of freedom.

After so long in isolation and through so many lockdowns, I was hitting an emotional wall.

I was sick of the sound of my own footsteps, my own voice, and definitely my own cooking.

So, when the opportunity came to get four friends together for a Sunday outing, it was like someone opened the door of the cage and I flew.

I have always found dining out to be one of my favourite things. It requires getting dressed up. It's social. It's an experience, not just a meal.

If it's done properly, it should take hours and involve shutting down the restaurant. Our group has been known to have them sweeping up around us.

This particular event took on special significance. It was the first time most of the group had been together in almost the entire 18 months. We wanted to be together so much, we all crammed like pretzels into what must have looked like a clown car for a little trip down the highway.

Should we have taken two cars? Probably. Why didn’t we? Honestly, we just were so anxious to be close.

We had been too long without the ability to touch so the chance to be shoulder to shoulder (and, well, cheek to cheek) was worth the amount of discomfort and Voltaren which would follow.

So there was a little drive in the country, the kind of Sunday drive where someone announces to the rest of the car that there are cows to be seen so we can all wave. The grass looked greener, somehow.

On the walk to the restaurant, people were out enjoying the day.

It might have been my imagination, but it seemed everyone was as happy to be out as we were. We spoke to strangers and had actual conversations. We patted dogs. We browsed the sidewalk sales along the route. We took selfies.

It was all incredibly regular, yet it seemed as if everything old was new again.

The dining experience was perfectly safe with sanitation stations, social distancing and masks until you got to the table and then again if you used the restroom. The staff seemed pleased to have customers again.

While COVID was still a big topic of conversation, it was not the only one.

This small taste of freedom meant we could make plans for more social gatherings in the future. Maybe we could even consider a bit of a vacation... within our borders.

I know we are not out of the woods yet. We need more people to get double-vaccinated (globally) and we need to continue to be vigilant with our habits. We need to take the politics and conspiracy theories out of it and remember that, at the end of the day, it’s a public health issue.

The day ended with a trip to a farmers' market. Bought some vegetables. Fed some chickens. Took more pictures. Drank it all in.

We got our tanks filled up again with some overly expensive gas, some delicious food and the best conversation.

We did absolutely nothing special and that is exactly what was so special about it!

I hope to never take it for granted again.