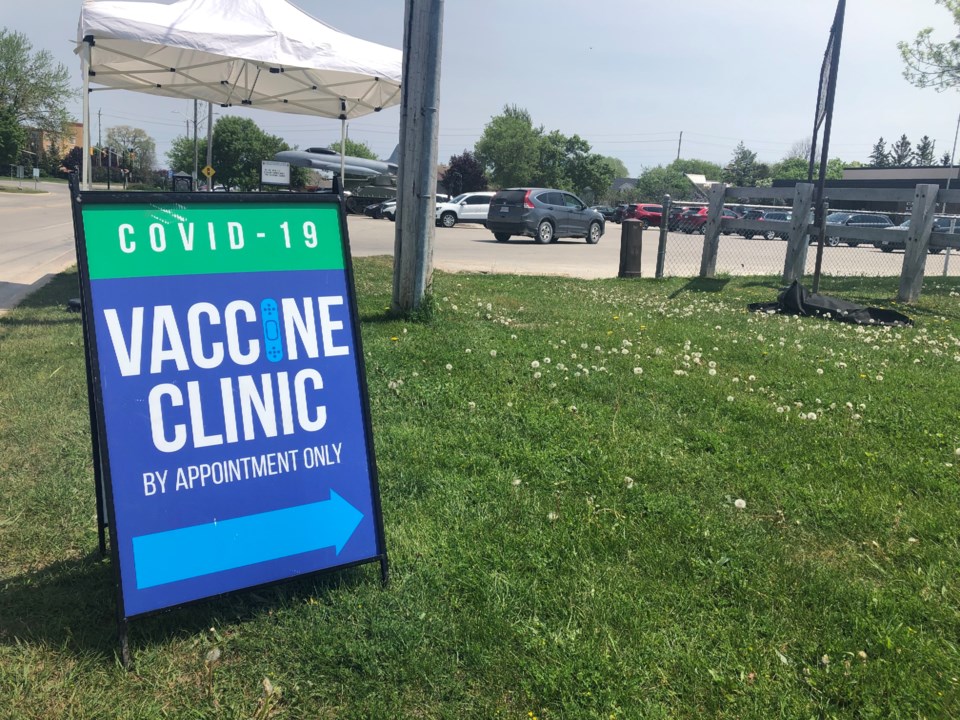 Nearly all the region’s supply of COVID-19 vaccine (90 per cent) is going toward second doses, but 25 per cent of the region’s adult population is still doesn't have a first dose.

The Simcoe Muskoka District Health Unit is preparing a campaign to reach individuals who haven’t signed up to get vaccinated, but the medical officer of health is anticipating a challenge.

“We are now starting to experience perhaps the hesitancy that we knew would eventually come as we’ve gone beyond those who are most willing and able to get their first dose,” said Dr. Charles Gardner, medical officer of health for Simcoe-Muskoka. “I think we’re going to be very challenged to reach 80 per cent [of the eligible population fully vaccinated].”

According to the health unit data presented by Dr. Gardner during a briefing today (June 22), the vaccination coverage rate is lower in men, in lower-income areas, in neighbourhoods with a higher degree of cultural diversity, and in younger populations.

“I would say we’re hitting somewhat of a plateau for first dose vaccines,” said Gardner. “We are going to have to work harder to reach others.”

The health unit reported the following vaccination rates for Simcoe County residents as of June 22:

In total, 21 per cent of the Simcoe-Muskoka's adult population (aged 18 and over) have received two doses of a COVID-19 vaccine, and another 53 per cent has received one dose.

Gardner said the health unit is working on a campaign, and he hopes the province continues to work effective campaigns to encourage people to get vaccinated. Though the health unit will not be offering a lottery incentive for people who get immunized, he would support a provincial campaign if they decided to take that route.

“The greatest advantages of all are disease-avoidance related,” said Gardner. “It is a phenomenon of immunization for very communicable diseases that even among the vaccinated, their protection is better if you have a high immunization rate.”

He explained that the more people who are vaccinated, the fewer opportunities the virus has to spread.

While no vaccine is 100 per cent effective, the rate of failure for the current vaccines approved for use in Canada is low.

Gardner said the Simcoe Muskoka District Health Unit is compiling data based on its own case rates in immunized individuals, but the rates aren’t available yet.

The doctor is urging residents to book vaccination appointments for their first dose if they haven’t yet, and if they need assistance getting an appointment, finding transportation, or need mobility or other accommodations, they can call the health unit’s  COVID-19 Immunization Appointment Booking Support line at 705-721-7520 (1-877-721-7520) ext. 5997.

For those eligible for their second dose, the doctor recommends getting whatever mRNA vaccine is available first.

Simcoe-Muskoka region has had an increased supply of Moderna vaccines and a delay in the delivery of Pfizer.

“These vaccines are completely interchangeable, similar in technology and safety profile,” said Gardner. “It’s a normal thing, that kind of interchangeability with brands of vaccines. It’s been done a number of times in the past with other vaccines.”

Starting tomorrow (June 23), Simcoe-Muskoka residents who got their first dose of a COVID vaccine on or before May 30 can use the province’s online booking system to rebook an accelerated second dose appointment if they choose.