An eclipsed sunrise, the first in six decades, will light up the northern skies and reach peak awesomeness starting at around 5:45 a.m.
Jun 9, 2021 8:45 PM By: Mark Gentili 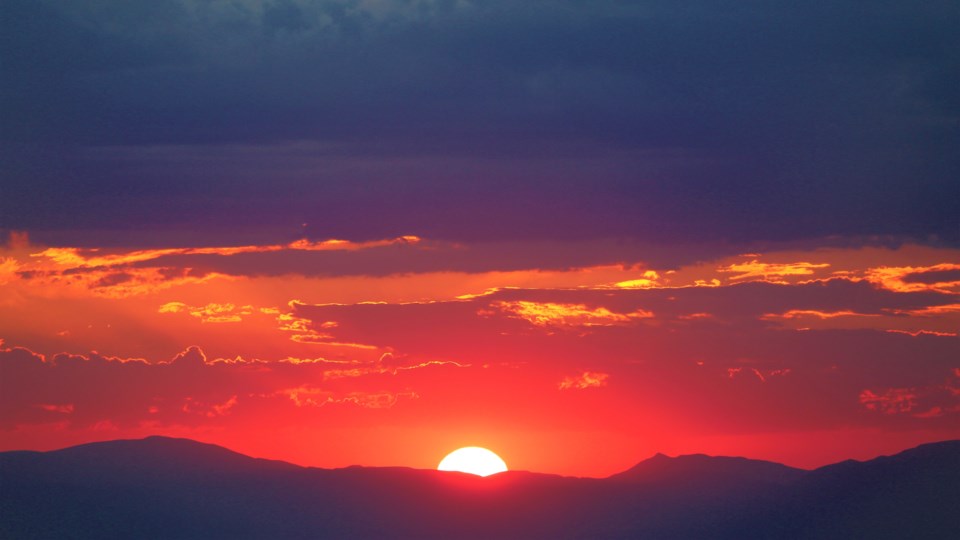 Photo by Konevi from Pexels

If you get up nice and early tomorrow morning, you’re in for a treat. The first ‘eclipsed’ — or ‘horned’ — sunrise will light up the sky for the first time in 63 years.

The celestial event will start as a horned sunrise over Canada and end with a ‘ring of fire’ eclipse over Siberia.

Science North advises that the partial annular solar eclipse is best seen from a high location with a good view of 56 degrees northeast.

Remember, don’t look directly at the eclipse without proper eye protection as it can damage the retina of the eye and can result in blindness.

Olathe MacIntyre, a staff scientist at Science North, is pretty excited about this nearly once-in-a-lifetime opportunity for astronomical magic.

She said the “path of annularity” is over the James Bay coast, which means points south of that and north of Lake Superior will get a really good view, as the eclipsed sunrise will make it appear as if the top of the sun has a bite taken out of it.

“This is totally a northern experience,” MacIntyre said. “There are supposed to be clear skies in the morning so it’s looking good.”

Interest is pretty high for this unique event. MacIntyre said the New York Times has reached out to her for an interview.

Science North has partnered with the Royal Astronomical Society of Canada and the North Bay Astronomy Club, and with TimeandDate.com for the event.

In fact, the North Bay club is working with TimeandDate.com to broadcast the horned sunrise from three telescopes in the Gateway City to TimeandDate’s server in Norway, the club said on its website. As well, the feed from one of those telescopes will be sent to NASA to be broadcast on the NASA TV channel.

As previously stated, people shouldn’t look directly at the eclipse. If you have welders goggles or special eclipse glasses (or similar lenses for a camera), you can use those.

If you don’t, MacIntyre has a couple of suggestions. You can hold up any object with a small hole (like a pinhole camera) and look at the shadow cast through the hole. She said she likes to use a colander for this as the multiple little holes cast multiple eclipse shadows.

MacIntyre also advises not using a phone to try to view the eclipse as the intense light can damage the optics of the camera. If you’re trying to shoot a photo without an eclipse filter, she suggests pointing the camera at the horizon, instead of directly at the sun.

If you’re looking for some safe eclipse viewing tips, TimeandDate.com has a page dedicated to that. Click here to learn more.

TimeandDate.com also has a really cool eclipse map showing the path of the eclipse. Check that out here.

Of course, the cream of the crop is a livestream of the eclipse itself, which you can watch in real time or, if you don’t feel like getting up that early, play back at your leisure. You can find the livestream here.

Sunrise tomorrow morning is at around 5:31 a.m. The eclipse will reach its maximum at around 5:45 a.m., when about 85 per cent of the sun will be blacked out, MacIntyre said.

If you’re looking for more eclipse fun, wait three years. Northerners will get to see a total eclipse of the sun on April 8, 2024.