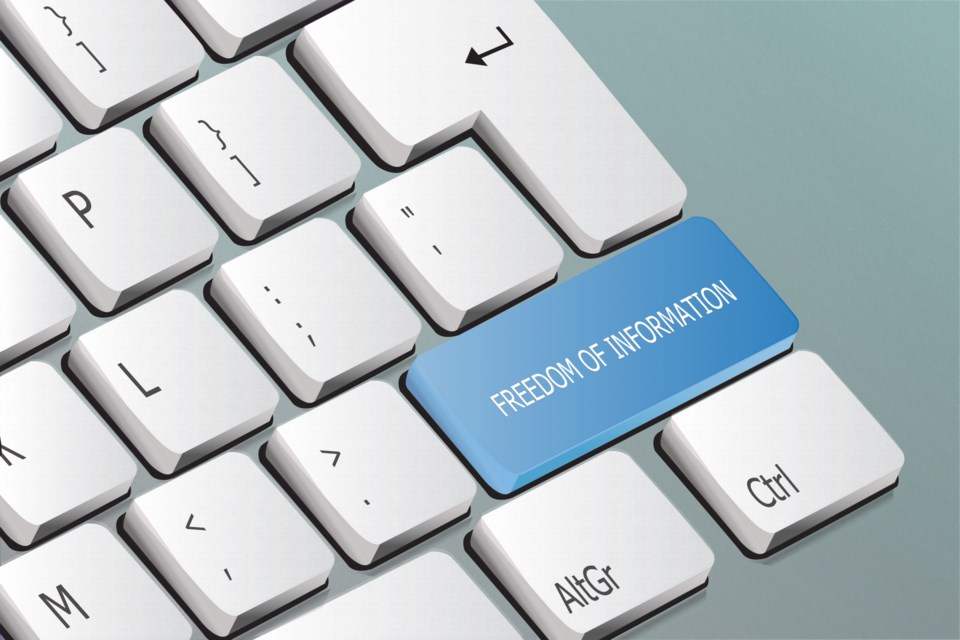 When it comes to information, Simcoe County municipalities are finding the cost of freedom can exceed $25,000 for a single request.

On Tuesday during Simcoe County council’s committee of the whole meeting, councillors considered a request to the province to make amendments to the Municipal Freedom of Information and Protection of Privacy Act (MFIPPA) to prevent abuse of the system that's costing taxpayers money and councillors and municipal staff some of their dignity.

County clerk John Daly outlined some local examples of the system being abused.

Daly said that since 2011, Clearview Township has fielded 790 requests for information from one individual.

“That’s 79 requests a year. Your municipal clerk is trying to process them. Many of those requests were deemed to have included abusive language, both against elected officials and staff,” he said.

Daly said another Simcoe County municipality has spent more than $25,000 processing one MFIPPA request, but has only collected $1,000 in fees from the requester. According to Daly, the rest of that cost is paid by the taxpayer.

Types of requests received via email can also be problematic, says Daly.

“They’ll write a diatribe that is two pages long, and then the very last sentence is, ‘I’d like a copy of this bylaw.’ But all along they’ve been abusive and harassing,” he said.

“Taxpayers are paying for these requests," he added.

The MFIPPA was passed in 1990. According to the letter, the county and co-signed municipalities are calling for changes to the Act to address current and emerging technologies, to look at the threshold for frivolous and vexatious requests in addition to abusive language and harassment, as well as reconsider the practice of keeping requesters anonymous and re-evaluating the fee structure.

“We’ve attracted the attention of the information and privacy commissioner for the province and we’re scheduled to meet with her Jan. 29 to discuss some of these issues,” said Daly.

The letter will also be forwarded to other Simcoe County municipalities for endorsement.

Earlier in December, Oro-Medonte Township council passed a bylaw that created a Code of Conduct for members of the public. It essentially gave township staff and council members the right to refuse to respond, or meet with individuals in the future resulting from breaching of the code.

Council members stated it is meant as a way to address harassment and misinformation.

On Tuesday, county councillors voted unanimously to endorse the letter. The decision will need to be ratified at the next regular meeting of council.

— With files from Nathan Taylor