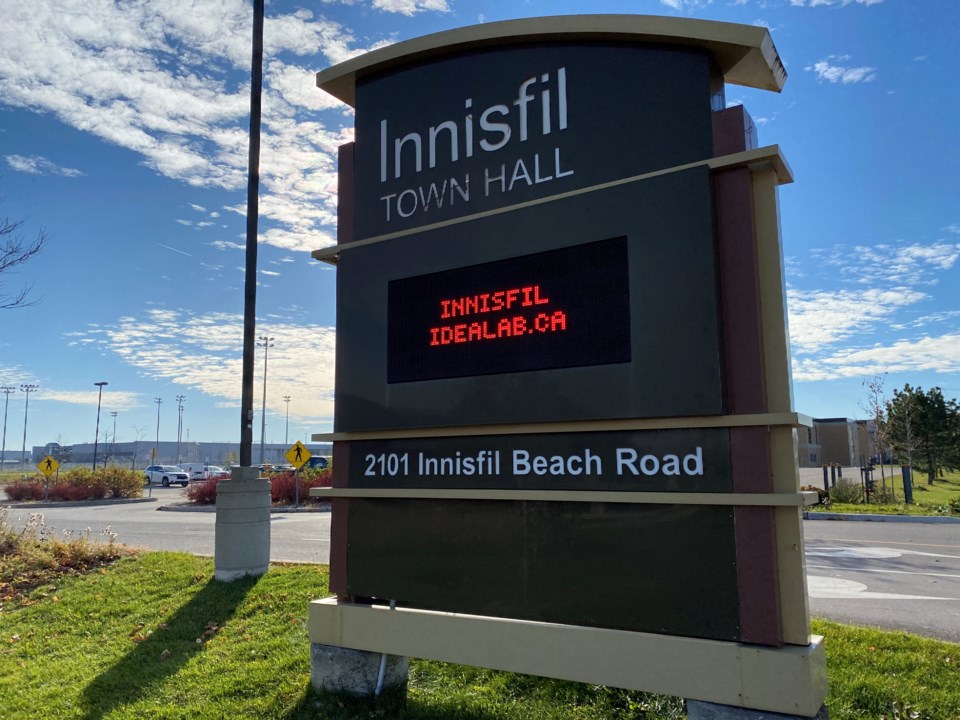 The provincial government is taking steps to streamline the approvals process for new wastewater and stormwater infrastructure - including “linear infrastructure” like storm sewer lines.

While the changes will ease the administrative burden, they are likely to increase the operational costs for municipalities, a staff report warned Innisfil Council.

As Coun. Bill Van Berkel noted, “It has some serious implications, moneywise, in the future.”

Currently, every time a municipality wants to build, extend, alter or replace any sewage works, it must apply to the Ministry of Environment, Conservation and Parks (MECP) for an ECA.

Under the present system, an ECA is required for “replacing a single pipe in the ground.” While some "low technical" ECAs can be completed in-house by the municipalities, the MECP has been dealing with upwards of 700 complex ECA applications per year.

In July of 2020, MECP proposed changes to Section 53 of the Ontario Water Resources Act, to create a new framework that would allow a single ECA to authorize a wide range of work, for both sanitary sewer and storm water systems. The changes are described as “streamlining” the approvals process, and for the first time would bring linear infrastructure like storm sewers, ditches and culverts into the approvals system.

It is a more holistic approach to managing infrastructure, council was told, including unapproved works still held by developers, and non-compliant stormwater ponds that predate 1970 and were never subject to an ECA.

But there are consequences. To comply, municipalities will have to carry out a complete inventory of works, including the non-compliant systems.

Municipalities will have to implement and track both sediment and erosion control measures, create new programs for sampling, testing and monitoring, provide up-to-date mapping of stormwater works, schedule inspections, log and report findings.

On the positive side, the new process should reduce the administrative burden by allowing the town to grant pre-authorization to expedite construction, dealing with all aspects of a proposal with just one ECA.

It’s also an opportunity to clear up missing documents, provide greater standardization, and align with asset management targets – but Nyenhuis warned council of “the considerable amount of time that will be required to gather the required missing information, confirm its accuracy and organize it in the most accurate fashion… It does create an enormous amount of work on the town's end.”

The upfront cost is projected at only $100 per application, but as the Regions of Peel and Halton, and Cities of Barrie and Greater Sudbury discovered when they participated in a pilot project, “staff time and resources was (sic) the most challenging aspect.”

The new model also poses a unique challenge for the Town of Innisfil. While the town has retained control over the operation of stormwater management, including ponds, storm sewers, Low Impact Development and Oil Grit Separators (OGS), the operation of the sanitary sewer system has been handed to InnServices, a municipally-owned arms-length corporation that also operates the Innisfil water system.

MECP has suggested that it will come to a decision on whether or not to proceed during the 2020/21 winter season, with an eye to implementation in spring/summer 2021.

Innisfil staff will be tracking the status of the changes, assessing the resources needed and budgetary implications, and looking at the programs, policies and procedures needed for compliance, councillors were told.

Coun. Van Berkel urged the municipality to confer with staff at InnServices, noting that compliance will be “a very difficult thing to do,” and may have heavy staffing requirements.

InnServices are aware of the coming changes, which should be readily aligned with procedures already in place, Nyenhuis said explaining “This proposed framework is very similar to the drinking water framework."

“At this time, it’s just a proposal. It’s been put forward, and is most likely coming our way,” Nyenhuis said, but once it is in place, there will be “no options.” Compliance will be mandatory.

“I actually think this is how we should always have been doing things,” said Mayor Lynn Dollin, although she agreed that “getting there” would be a challenge. “It’s great to have a heads-up on this.”

The report was received for information only.