Town of Innisfil lowers flags in honour of London family

Flags to remain at half-mast for twenty-four hours as a sign of collective mourning
Jun 10, 2021 4:40 PM By: InnisfilToday Staff 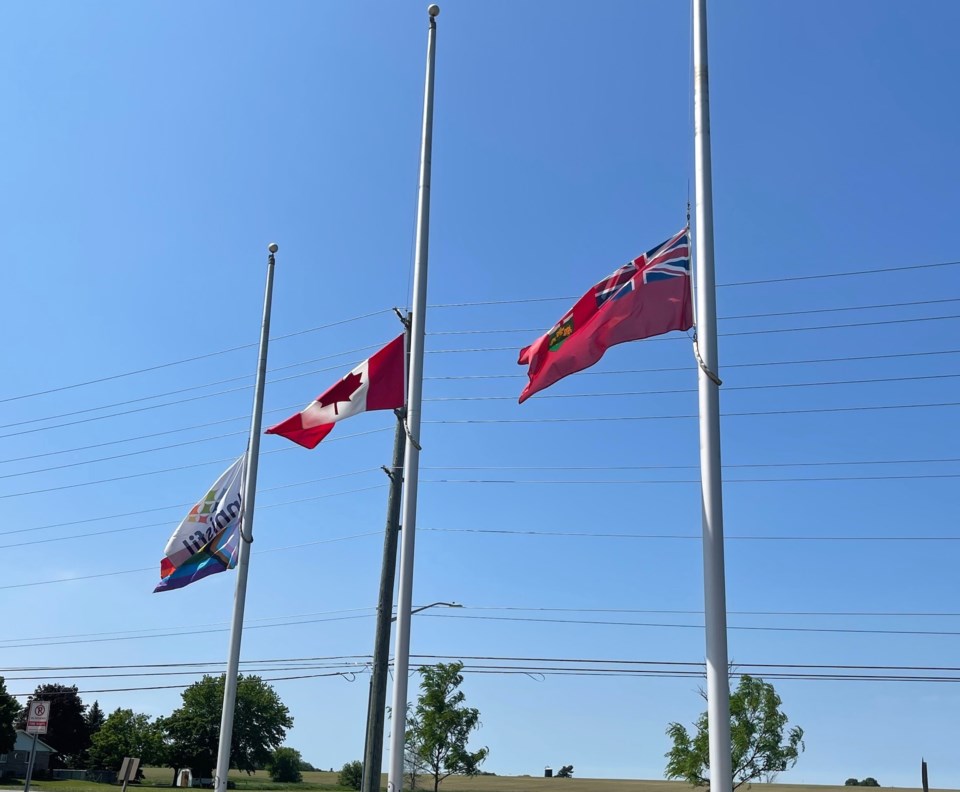 Flags at half mast. City of Innisfil

NEWS RELEASE
TOWN OF INNISFIL
*************************
The Town of Innisfil has lowered its flags at Town Hall to honour and pay respect to the family slain in a recent hate crime in London, Ont. The flags will remain at half-mast for twenty-four hours as a sign of collective mourning.

Members of Council and staff extend their deepest condolences to Muslim communities and those impacted by the horrific act of Islamophobic violence.

While the Progress Pride Flag was raised today, it will remain at half-mast in solidarity with London residents and Muslim friends and family here at home. The Progress Pride Flag puts a greater emphasis on inclusion and progression, adding five arrow-shaped lines to the six-coloured Rainbow Flag, which is widely recognised as the symbol of lesbian, gay, bisexual and transgender (LGBT) communities. The flag includes black and brown stripes to represent marginalised LGBT communities of colour, along with the colours pink, light blue and white, which are used on the Transgender Pride Flag.

There is no place for hatred in any community. The Town of Innisfil will continue to work to create a community where diversity is celebrated, and all residents can walk the streets safely with respect, dignity, and freedom from discrimination.