Town takes down sign after complaint over possible misinterpretation

The 'You also matter' slogan has been removed from the town’s welcome sign after it was pointed out how it could be offensive
Jun 10, 2021 1:45 PM By: Natasha Philpott 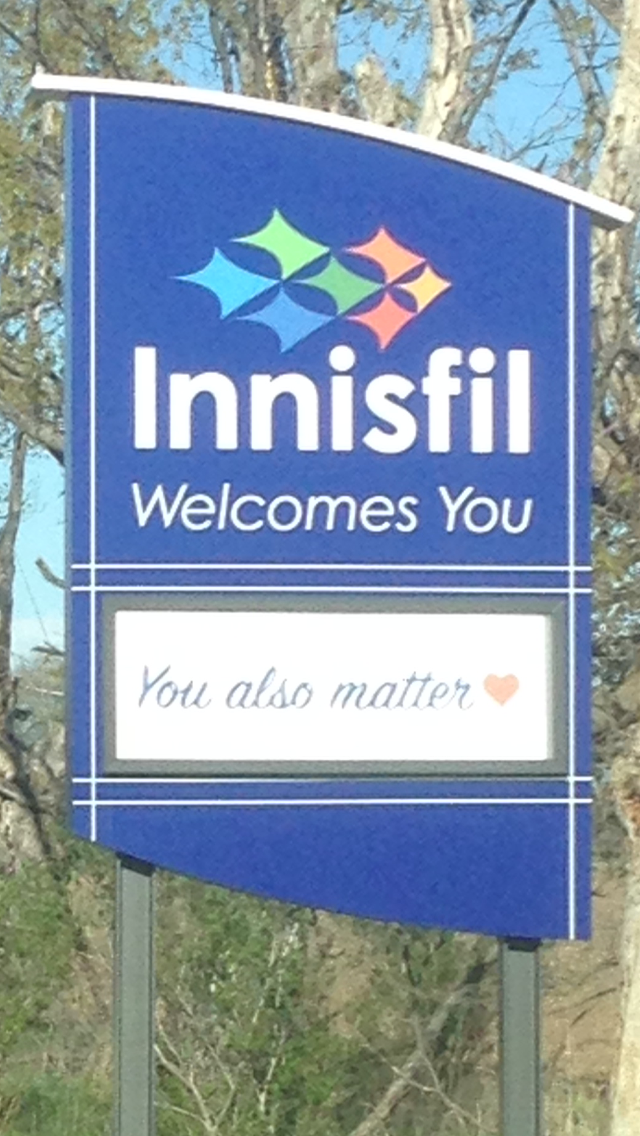 The Town of Innisfil recently took down one of its slogans on one of its welcome signs after a resident pointed out how it could be perceived as offensive to the Black Lives Matter movement.

Last year, as a way to inject some positivity for residents, the town had multiple signs put up throughout the community, to promote the importance of mental health.

The town had consulted with a mental health specialist and came up with the following messages to be put on the signs:

“Check in on Loved Ones”

“You are Not Alone”

“You Make Innisfil a Better Place”

When Innisfil resident Marshall Cummins came across the sign with the 'You also matter' slogan written on it a few weeks ago, he had to do a double-take.

"I’ve struggled to find a way to interpret this message such that it is not problematic. I can’t help but interpret that it is a derivation from the Black Lives Matter phrase," he wrote in a letter to the town.

"If this is coincidental, then the Innisfil choice of phraseology is at best extremely poor. If this message is indeed drawn from the BLM moniker, then it is oppositional, deflationary, and disrespectful to the work it, and similar movements represent."

"It appears to buy into the misconception that BLM elevates the importance of Black lives over others. But perhaps most troubling, is that ‘You also matter’ seems to promote the view that the work of building a more free and equitable society is someone else’s."

He suggested the slogan represents "a separateness, disinterest, and comfortableness in the face of inequity and injustice that contradicts any desire for a freedom whose stewardship rests on all our shoulders, whether we’re disadvantaged or not."

Mayor Lynn Dollin responded to Cummins personally, thanking him for bringing the matter to the town's attention.

"Please allow me to start by stating definitively that Black Lives Matter in the Town of Innisfil," she wrote.

She noted how the messages posted by the town were meant to inspire residents to look after their own mental health during the pandemic.

"The idea behind 'You also matter' was to remind residents who are doing everything they can to look after friends and loved ones to also take a moment to look after themselves."

The slogan was removed shortly after the town received the letter from Cummins.

The town confirmed there were no other complaints received regarding the sign.