Loretto resident Kyle Nuber was just five-months-old when he received a heart transplant, and hopes his story will inspire others to register to be an organ donor
Apr 7, 2021 1:45 PM By: Natasha Philpott 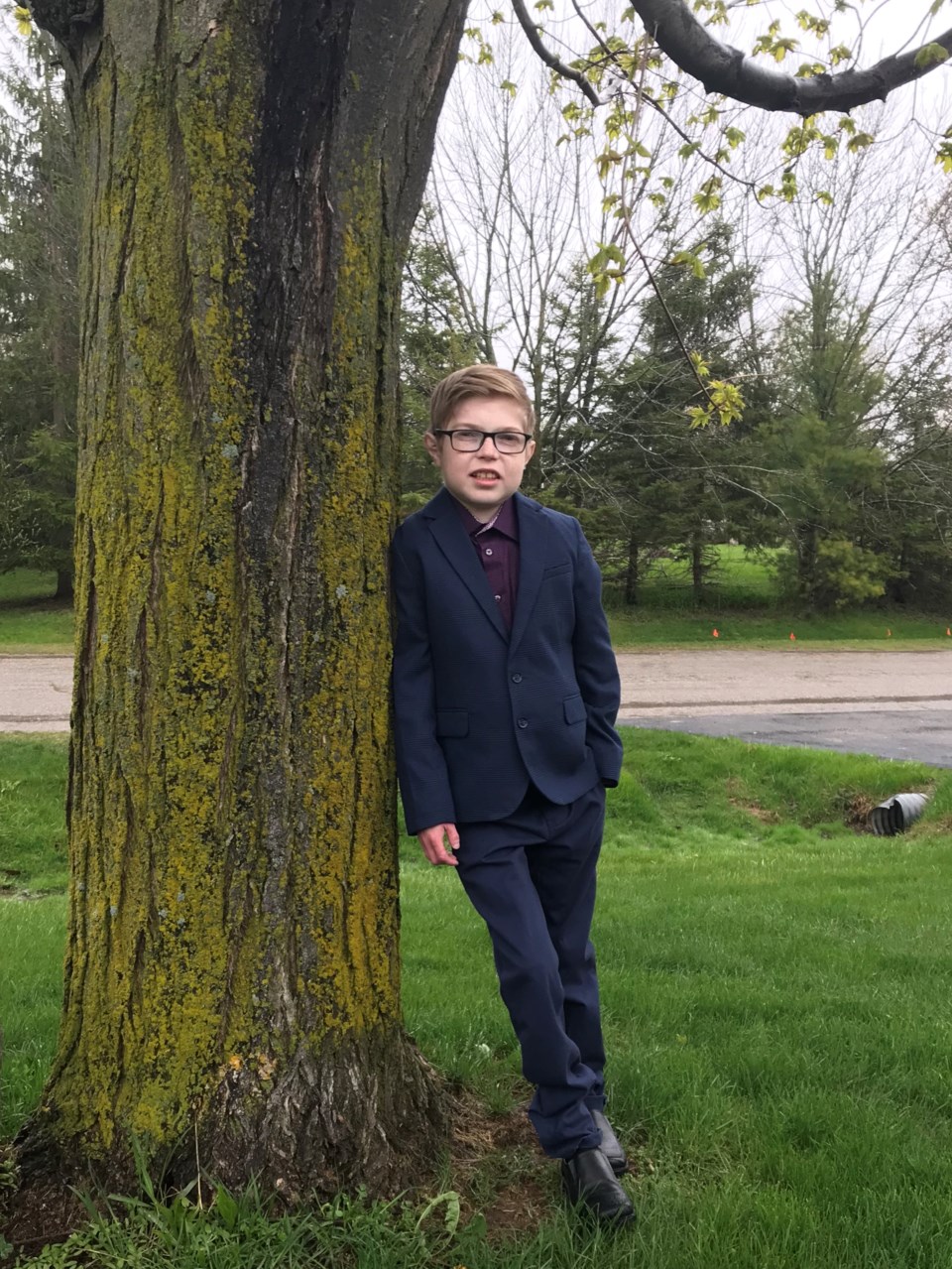 Eighteen-year-old Kyle Nuber had a heart transplant at five months old and was given a second chance at life. Submitted

April is Organ and Tissue Donor Awareness Month. This is part two of a three-part series highlighting the experiences of those who have donated, received and are in need of an organ within the community.

Eighteen-year-old Kyle Nuber from Loretto was born with Hypertrophic cardiomyopathy (HCM) is a disease in which the heart muscle becomes abnormally thick, making it harder for it to pump blood.

Due to the disease, when he was just five months old, he needed a heart transplant. Thanks to an anonymous donor, he was able to have life-saving surgery at Sick Kids Hospital in Toronto and received a new heart.

"I'm alive because of them and I have been able to live my life pretty normally," he said.

Although he didn't know his donor and was too young to remember the surgery, he is forever grateful for their gift of giving him life.

"We didn't know them (donor family) but we did get to meet them," he said. "My parents met them and thanked them and send letters once in a while."

Post-surgery, Nuber has been able to live a relatively normal life, getting yearly check-ups at Toronto General Hospital.

"My heart's actually fine, and one of the best working organs in my body," said Nuber.

Because the rest of his body needed to adjust to the new heart, he currently has only 30 percent lung function and kidney disease.

But he never complains.

As a kid, he enjoyed playing sports and going to school like all the other kids. He even had the opportunity to take part in the Canadian Transplant Games and camp, with other organ donor recipients.

Because of the games, he has been able to travel to places like New Brunswick and  Quebec and meet and connect with other organ recipients. The event is held every two years and lasts for five days. Nuber competed in shotput, running, and long jump.

Nuber has a 25-year-old sister who lives in Calgary. When they get together they enjoy watching movies, playing card games and snowboarding.

He loves sports, especially hockey, golf, dirt biking and skiing. He is in the process of getting his real estate license and recently purchased his first investment property.

As for the prognosis of his condition, he says doctors are unsure what lies ahead, but Nuber may require another heart transplant at some point in his life.

He hopes his story will inspire others to consider registering to become organ donors through the Be A Donor program and help save lives.

According to the Be A Donor website, 90 percent of Ontarians support organ donation; however, only 35 percent are registered.

"I don't see why you wouldn't (register)," he said. "I do believe organs can be used after death and it could be used to let others live on."