COVID-19 vaccines to roll out for priority groups in early 2021; Atlantic bubble pops 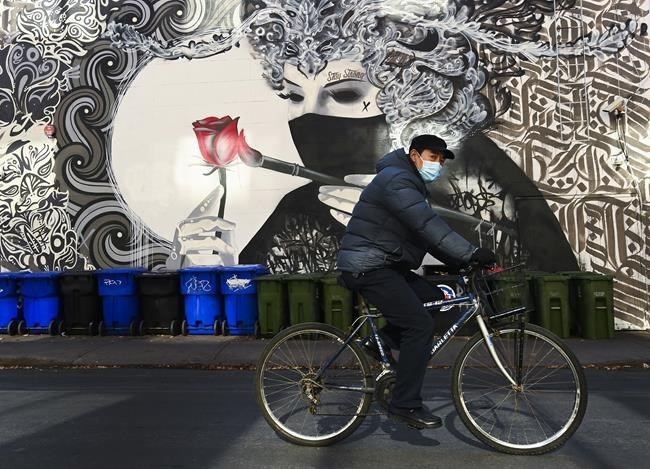 "There has been a great deal of preparation taking place behind the scenes to ensure Canada is well positioned to obtain COVID-19 vaccines and, building on our well-established systems, provide access to every Canadian who wants one in 2021," deputy chief public health officer Dr. Howard Njoo told reporters.

The first batch is expected to be delivered during the first three months of 2021, but supplies will be limited initially. Those first in line will include seniors, people with serious health conditions and essential workers and Njoo said if all goes well, three million people could be vaccinated in the first quarter of the year.

Ottawa has finalized agreements with five vaccine makers and is in advanced negotiations with two more. The deals would secure 194 million doses with the option to buy another 220 million, said Arianne Reza, the assistant deputy minister with Public Services and Procurement Canada.

The hopeful vaccine update was countered by deflating news out of Atlantic Canada, as New Brunswick announced anyone entering the province must isolate for 14 days. That province reported 12 new cases on Thursday.

New Brunswick's move follows Newfoundland and Labrador and Prince Edward Island's temporary withdrawal from the Atlantic bubble earlier this week. Previously, residents of the four Atlantic provinces had been able to travel freely within the region without isolating while outside travellers were subject to strict quarantine rules.

"At this point, community transmission has not been confirmed here but the threat is real. So taking swift action right now is important," said Premier Blaine Higgs.

It also recorded 32 additional deaths, eight of which took place in the last day.

New data out of that province suggests the number of COVID-19 patients in intensive care is expected to hit 200 next month and stay there for some time, potentially causing surgeries to be cancelled. Hospitalizations in Ontario rose by nearly two-thirds in the past month.

Two weeks ago, provincial health advisers predicted there could be as many as 6,500 new daily infections by mid-December if nothing was done to limit the spread of the virus.

In the North, Ottawa is pledging $19 million to help Nunavut deal with its COVID-19 outbreak. On Thursday the territory reported no new infections for the first time since Nov. 6, when it announced its first case. There are currently 153 active cases.

The new restrictions include a ban on social gatherings inside homes and limiting restaurant dining to members of the same household. Several experts have said the measures fall short of what's needed to protect the province's health care system.

A CBC News report Thursday based on audio recordings of meetings and anonymous sources suggested the provincial chief medical officer and Premier Jason Kenney's government disagreed on some aspects of the pandemic response.

Dr. Deena Hinshaw called the leak a "personal betrayal" and "profoundly disappointing." She added that as an unelected official it is her role to advise on different options, but not make final decisions.

Meanwhile, Saskatchewan reported 299 new infections and said the Saskatoon Correctional Centre is no longer accepting inmates after 68 offenders tested positive for the virus.

The Saskatchewan Health Authority also said almost all of the province's intensive care beds are full after ICUs saw a fivefold increase in COVID-19 patients in the last month.

"If it comes to that point where we're talking about completely being overwhelmed those are wartime conditions," said health authority CEO Scott Livingstone.

"That's what the risk is with not containing the virus."

Manitoba announced that 70 per cent of its total 266 COVID-19 deaths happened this month, as it reported 383 new cases on Thursday.

This report by The Canadian Press was first published Nov. 26, 2020.