Canada is drawing closer to making a decision on a leading COVID-19 vaccine candidate, Health Minister Patty Hajdu said Wednesday as the federal government continued to face pressure to deliver on doses amid mounting cases and deaths.
Dec 2, 2020 8:23 PM By: Canadian Press 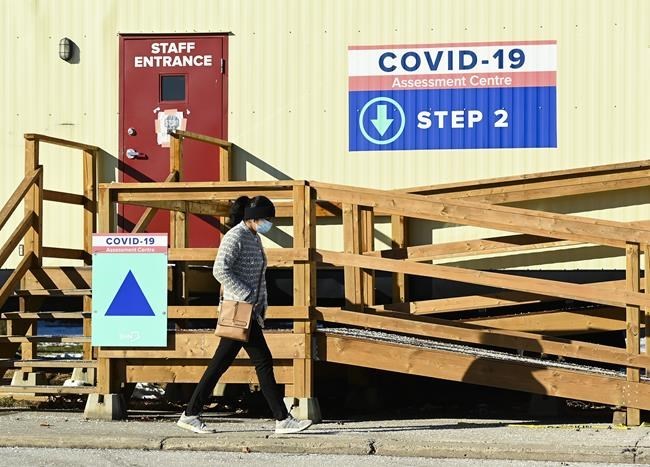 Canada is drawing closer to making a decision on a leading COVID-19 vaccine candidate, Health Minister Patty Hajdu said Wednesday as the federal government continued to face pressure to deliver on doses amid mounting cases and deaths.

In a series of Twitter messages, Hajdu described the United Kingdom's decision to authorize the vaccine made by Pfizer and its German partner BioNTech as "encouraging."

"Health Canada’s review of this candidate is ongoing, and is expected to be completed soon," she wrote.

"Making sure a COVID-19 vaccine is safe before approving it is Health Canada’s priority, and when a vaccine is ready, Canada will be ready."

The Liberal government has been facing criticism on vaccines since Prime Minister Justin Trudeau admitted last week that other countries with domestic vaccine production are likely to inoculate their citizens first before shipping doses to Canada.

On Wednesday, NDP Leader Jagmeet Singh said it was "completely wrong" that Canada no longer has the capacity to manufacture vaccines — something he blamed on both the Liberals and the previous Conservative governments.

Singh called for the creation of a new Crown corporation to restore the capacity to produce vaccines and other critical medications.

Trudeau also came under fire from the Conservatives, who questioned why Canada is seemingly behind the United Kingdom in the vaccine process.

"Right now, as we speak, Health Canada is looking at four different vaccine candidates — candidates that are leading around the world and that we have signed for tens of millions of doses for," Trudeau said in response to a question from Conservative MP Michelle Rempel Garner.

Health Canada's chief medical adviser said last week that several vaccine candidates are under review, and the first could be approved sometime this month.

Dr. Supriya Sharma said at a briefing on Nov. 26 that the agency expected to make a decision on approval at around the same time as regulators in the United States and Europe.

On Wednesday, Health Canada reiterated in a statement that it was working with international regulators, including those in the United Kingdom, but would make its own decision.

"A vaccine would only be authorized in Canada following the completion of an independent review process assessing its safety, efficacy and quality," Health Canada said.

Speaking at a vaccine conference, she said the country is working to further refine the list of who gets the vaccine first, since the initial six million doses expected to come in early 2021 — enough for three million people — aren't enough for everyone on the national vaccine advisory committee's list of priority groups, which include the ill and elderly, health-care workers, essential workers and Indigenous communities.

The race towards a vaccine is taking place against a backdrop of rising infections and deaths in many parts of the country.

Alberta continued to have the highest per-capita COVID-19 rate in the country and added 1,685 new infections Wednesday.

Premier Jason Kenney announced a team is planning a three-phase rollout of the vaccine, with first shipments expected to arrive on Jan. 4 from 30 depots in the province.

“This is evidence that there is light at the end of the tunnel, and we can see this critical juncture when we will get past the terrible damage that COVID-19 has caused for our society," he said.

British Columbia's provincial health officer, Dr. Bonnie Henry, said there is some variability in how the illness is spreading in different areas of the province, but social interactions are driving transmission.

Another 12 people have died in B.C. after contracting the novel coronavirus, while the province reported 834 new cases on Wednesday.

Henry said people should avoid non-essential travel as she mentioned how members of an adult hockey team from the Interior spread COVID-19 in their community after they returned from Alberta.

"Making an exception for yourself or for your team or for your recreational needs puts a crack in our wall, and we see that this virus can exploit that very easily at this time of year," she said.

Quebec hit a new single-day high of 1,514 infections Wednesday, as well as 43 new deaths linked to the novel coronavirus.

The province's deputy premier, Genevieve Guilbault, announced strict new limits for the number of shoppers inside shopping malls and big-box stores to come into effect later this week, with a maximum capacity to be determined based on each store's surface area.

Cases and deaths were also high in Ontario, which reported 1,723 new infections and 35 lives lost to the virus.

The province also reported reported 656 people in hospital due to COVID-19, and 183 in intensive care, prompting the Ontario Hospital Association to warn that institutions were finding it increasingly difficult to keep up with other surgeries and procedures.

Hospital capacity is also a concern in in Manitoba, which reported 277 new cases and 14 deaths.

Chief public health officer Dr. Brent Roussin said that while cases had dropped somewhat, the health-care system remained under strain, with almost half of the 106 intensive care beds in the province being used by people with COVID-19.

The province also announced that students in grades 7 to 12 would have to learn remotely for two weeks after the holiday break to curb the spread of COVID-19, with exceptions being made for those with special needs.

This report by The Canadian Press was first published Dec 2, 2020.