OTTAWA — The House of Commons rose Wednesday for the summer — and possibly for an election — after giving eleventh-hour approval to what the minority Liberal government considers its priority legislation.
Jun 23, 2021 8:46 PM By: Canadian Press 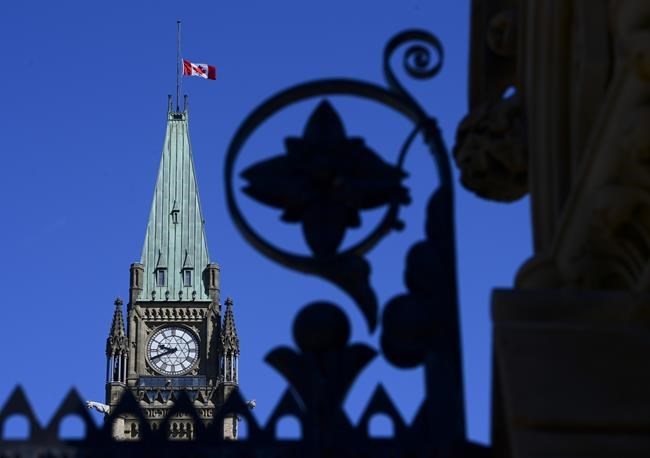 OTTAWA — The House of Commons rose Wednesday for the summer — and possibly for an election — after giving eleventh-hour approval to what the minority Liberal government considers its priority legislation.

But it's far from certain the Senate will be as accommodating.

Three priority bills landed in the Senate in the past couple of days and a fourth arrived Wednesday afternoon in the upper house, where some senators are balking at the prospect of rushing them through at lightning speed.

The Senate had been scheduled to adjourn Wednesday for the summer but senators agreed that evening to sit next Monday and Tuesday.

Even so, it seems unlikely they'll pass all four priority bills.

Senate committees have already conducted pre-studies of two of the four bills — C-30, the budget implementation bill, and C-12, which would set targets for achieving net-zero carbon emissions by 2050 — so they're likely to make it to a final vote.

But two other pieces of legislation — C-6, a bill to ban conversion therapy aimed at altering a person's sexual orientation or gender identity, and C-10, a controversial bill to regulate online streaming giants — would require unanimous consent to fast-track through the Senate, without study by a committee.

Sen. Scott Tannas, leader of the Canadian Senators Group, warned the Senate on Tuesday that his 12-member caucus won't be stampeded into forgoing their duty to give legislation sober second thought.

He recounted an old saying: "Your bad planning is not my emergency."

On behalf of his group, Tannas added, "In the coming days, we will carefully and thoughtfully be applying that principle."

In a statement Wednesday, Sen. Marc Gold, the government's representative in the Senate, said he's hopeful that C-30 and C-12 "can make it to the finish line" by Tuesday. On the other two bills, he said only that the decision to extend the Senate sitting will allow them to move "further along the legislative process."

"Unfortunately, with challenging dynamics in the House, the Senate has received four important bills at the eleventh hour, with little time left to move them forward with debate and committee study," Gold said.

“Because the Senate has received these bills so late in the calendar ... any legislative progress on these items will require tremendous collaboration from all sides of the chamber.”

Any bill that is not passed by the Senate will die if, as many suspect, Prime Minister Justin Trudeau calls an election this summer.

The Liberals have been scrambling to get the four priority bills through the Commons in the face of Conservative delay tactics.

With the help of the Bloc Québécois and the NDP, the government won final approval of C-10 in the Commons late Monday night and C-6 on Tuesday. They passed C-12 just after midnight Wednesday.

Bill C-30, the Liberal budget bill, cleared the Commons on Wednesday afternoon, with support from the NDP and Bloc Québécois, paving the way for key commitments that include extensions of pandemic-relief programs like the wage and rent subsidies through September.

The government has given up on a number of other bills it once considered a priority, including C-19, which would have given the chief electoral officer temporary new powers meant to ensure an election could be conducted safely during the pandemic.

If Trudeau does call an election this summer or fall, it will be without those safeguards.

On Wednesday, Conservative Leader Erin O'Toole sought to paint a stark line between his party and the others, daubing them all with "four shades of red" in a campaign-style speech to kick off the morning.

"The Liberals, NDP, Greens and Bloc Québécois give the illusion of choice and debate, but there’s no such thing," he told caucus members gathered in a building across from Parliament's West Block.

O'Toole accused the other parties of trying to "outcompete" each other in spending and threw a populist punch against a "comfortable circle of Liberal insiders," who he suggested want to "cancel Canada Day."

New Democrat Leader Jagmeet Singh also sought to frame his party on the side of the people and the Liberals and Conservatives on the other.

He pointed to NDP moves in the House that were opposed by Liberal and Tory MPs over the past nine months, including motions to abolish for-profit long-term care and impose a wealth tax and a private member's bill to usher in universal pharmacare.

The disability benefit bill was tabled Tuesday and a new bill intended to combat hate speech was introduced Wednesday, with zero chance of making any progress before the Commons adjourned.

Such last-minute initiatives have fuelled suspicions that Trudeau intends to pull the plug on his government and hold up the unfinished business as examples of the kinds of things Liberals could accomplish if they had a majority.

Throughout the winter and spring sitting, the government did manage to attain royal assent for a dozen pieces of legislation, including bills to expand access to medical assistance in dying, require sexual assault training for judges, implement the United Nations Declaration on the Rights of Indigenous Peoples, create a national day of Truth and Reconciliation and amend the citizenship oath to include a recognition of Indigenous rights.

This report by The Canadian Press was first published June 23, 2021.

— With files from Christopher Reynolds

Statistics Canada says economy appears to have grown in second quarter
Jul 30, 2021 9:21 AM