STUTTGART, Germany — Canada's Felix Auger-Aliassime is heading to the quarterfinals of the Stuttgart Open.
Jun 10, 2021 5:20 PM By: Canadian Press 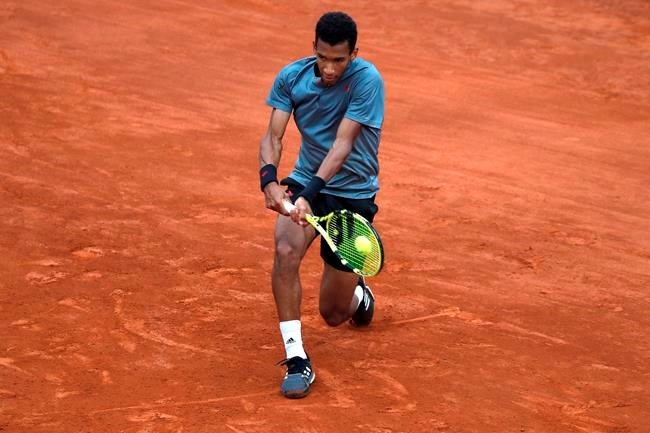 STUTTGART, Germany — Canada's Felix Auger-Aliassime is heading to the quarterfinals of the Stuttgart Open.

The third-seeded Auger-Aliassime, from Montreal, beat South Africa's Lloyd Harris 6-3, 7-6 (4) in a second-round match on Thursday at the ATP Tour 250 grass-court event.

Auger-Aliassime won 81 per cent of his points when he got his first serve in and saved nine of 10 break points against the 54th-ranked Harris.

The Canadian, who got a bye in the first round, is playing his first grass event of the season after bowing out of the French Open in the opening round.

Auger-Aliassime will face world No. 32 Ugo Humbert of France in the quarterfinals.

Top seed Denis Shapovalov of Richmond Hill, Ont., had his second-round match against Spain's Feliciano Lopez suspended because of rain.

This report by The Canadian Press was first published June 10, 2021.