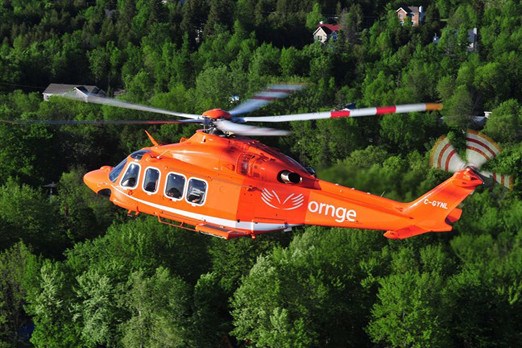 The driver of the dump truck was treated at the scene for minor injuries, according to York Regional Police.

The 19-year-old driver in the Charger was transported to hospital by an ORNGE air ambulance at about 2:45, shortly after the collision at 2:20 p.m. Tuesday, June 23, according to York Regional Police.

The 20-year-old passenger of the car succumbed to his injuries at the scene, police said in a news release.

Investigators with the major collision investigation unit are seeking witnesses who have not yet spoken with police, or anyone who may have dashcam footage of the collision, to call 1-866-876-5423, ext. 7704, or call Crime Stoppers anonymously at 1-800-222-TIPS, or leave an anonymous tip online at www.1800222tips.com.

Highway 9 near Jane Street, and northbound and southbound Highway 400 ramps, were closed throughout the day as the investigation continued.

— With files from Debora Kelly

- Editor's note: This is a corrected version of this story. The original story stated that the 19-year-old was a passenger in the Charger when they were the driver, and that the 20-year-old passenger who succumbed to injuries at the scene was the driver.