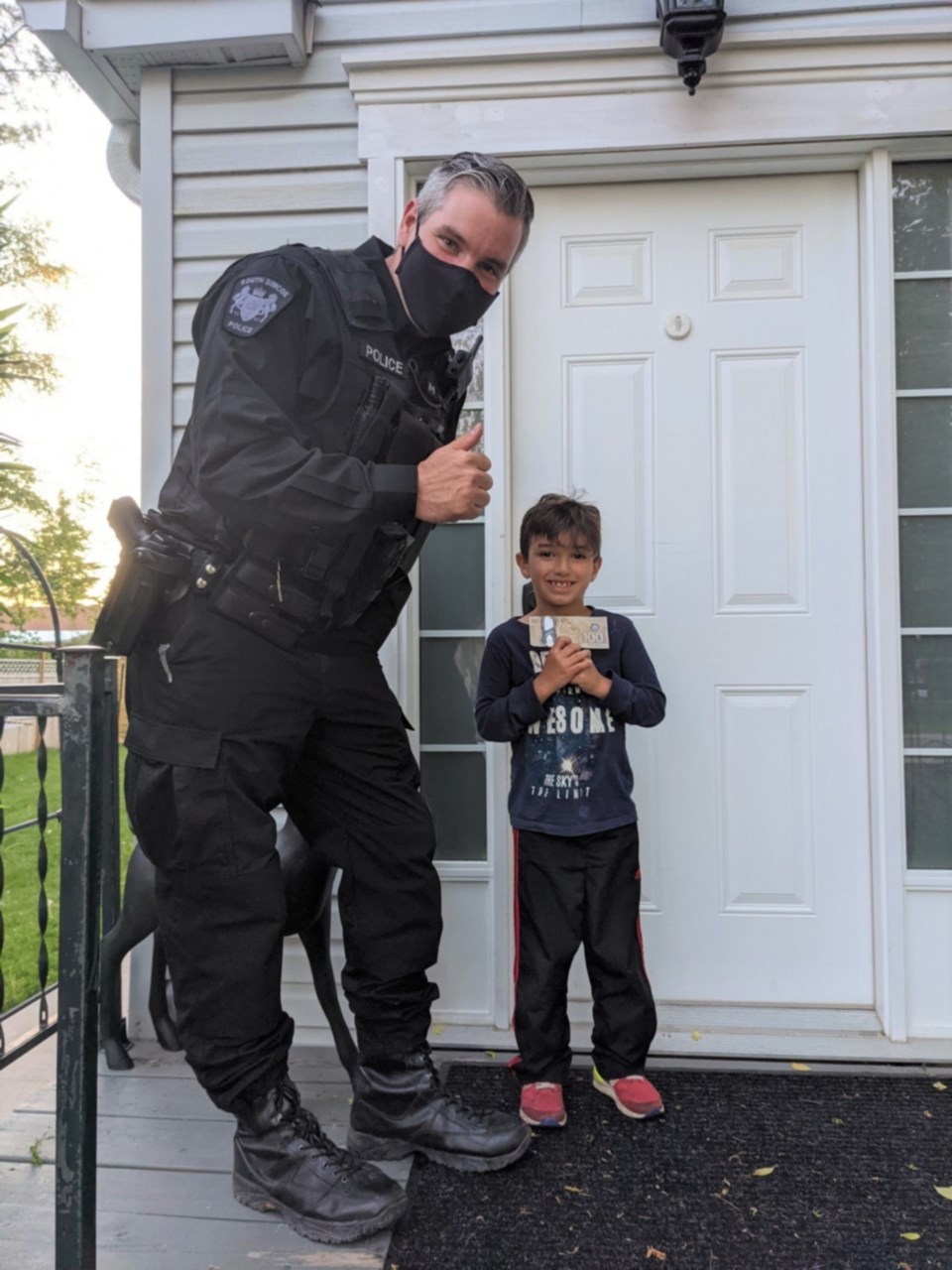 Last fall, Oliver found the cash in his schoolyard and turned it in to the school office. The school contacted South Simcoe Police Service who held onto the money hoping the owner would come forward. But no one ever claimed the cash.

The Police Services Board approved the request to reward Oliver for his good deed.

Constable Jesse McGee recently surprised the boy with the cash and a heartfelt congratulations for his honesty.

Way to go Oliver! We commend you for your honesty and integrity. You set a great example for others to follow.

A photo of Oliver and Constable Jesse McGee is attached.