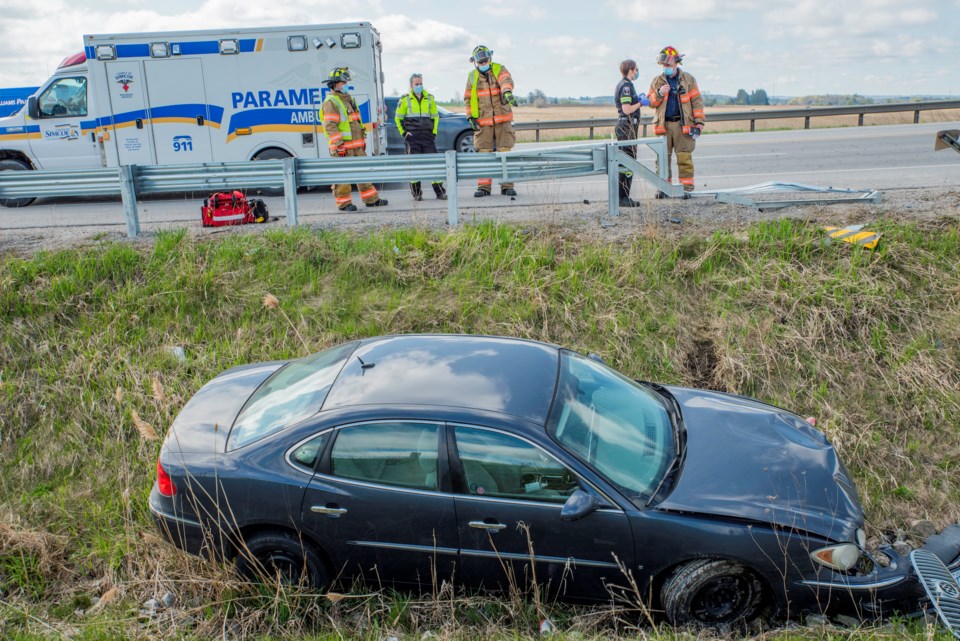 South Simcoe Police responded to a collision on Highway 88 on the morning of May 10, 2021.Paul Novosad for BradfordToday

Upon arriving at the scene, police learned that an eastbound vehicle had crossed four lanes of traffic and rolled over in the northbound ditch.

Police located the driver at a nearby gas station where he was taken into custody. K9 was called to conduct a narcotics search of the vehicle and a quantity of suspected cocaine was seized.

As a result of the investigation, 18-year-old Christian Roshi of Brampton was charged with possession for the purpose, obstruct peace officer, failure to comply with judicial release (two counts), careless driving and drive vehicle - no licence.

He was released with a future court date.