Four new COVID-19 cases in schools reported over the weekend 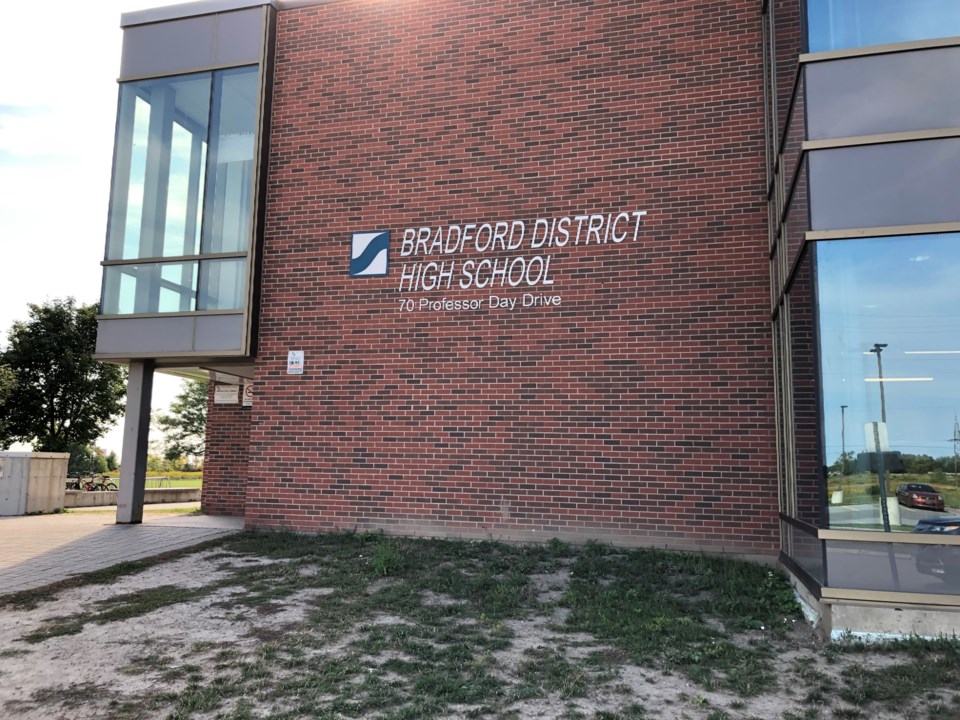 Four new COVID-19 cases in Simcoe County schools were confirmed by school boards over the weekend.

At the public board there were two new cases reported.

Bradford District High School has one new case, listed in an individual. One classroom has been closed as a result of the positive case. This marks the second case at the school, as they had reported another case on Oct. 1 which has since been marked as recovered.

Nantyr Shores Secondary School also has a reported case in an individual.

A letter sent home to parents and guardians noted that through the health unit's investigation, there have been no high-risk close contacts to the individual identified at the Innisfil school, and they do not recommend having a child test for the virus unless they are showing symptoms of COVID-19.

The school remains open and students may continue coming to class.

At the Catholic board, a second case has been reported at St. Paul’s Catholic School in Alliston. This case was reported Oct. 25, and a classroom has been closed while the rest of the school remains open. The first case at St. Paul’s was reported on Sept. 28, and has since been marked as recovered.

A case was also reported at St. Joseph’s Catholic High School in Barrie on Oct. 23. No classrooms have been closed as a result of this case, and the school also remains open.

It has not been reported whether any of the new cases are students or staff to protect privacy of the individuals.

Province reports 1,723 new COVID cases today
Dec 2, 2020 10:48 AM
Comments
We welcome your feedback and encourage you to share your thoughts. We ask that you be respectful of others and their points of view, refrain from personal attacks and stay on topic. To learn about our commenting policies and how we moderate, please read our Community Guidelines.