Councillor calls on residents to voice their opposition to Bill 229 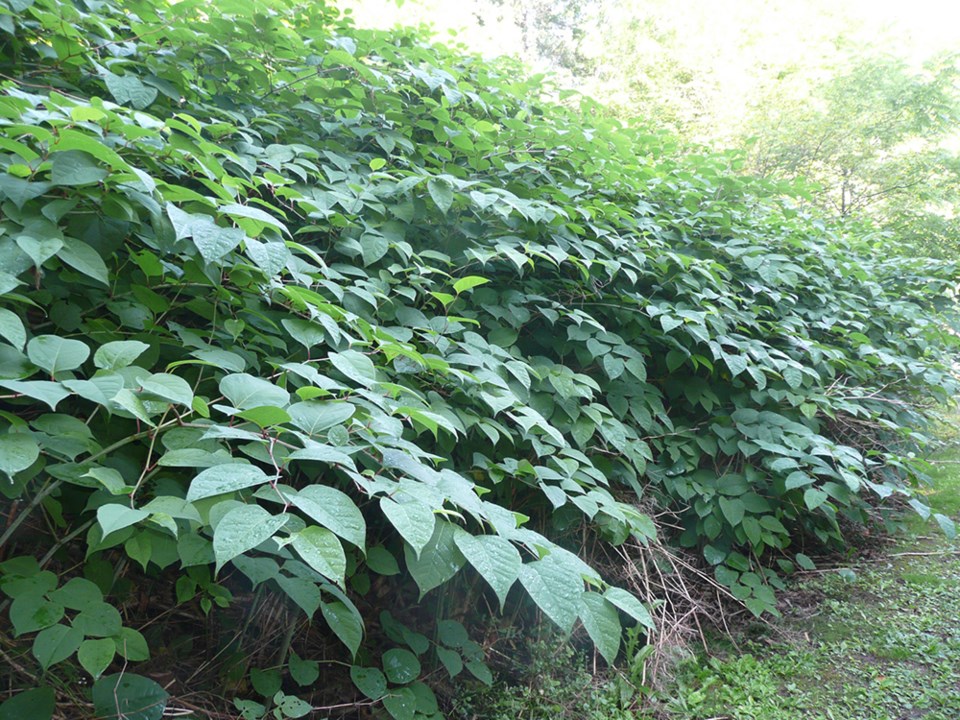 Photo of a patch of Japanese knotweed, taken by the Credit Valley Conservation Authority. Submitted photo

The provincial government has passed Bill 229, the Ontario Budget Measures Act, described as a bill to provide support during COVID-19.

It is, in fact, an omnibus bill that hides an attack on Conservation Authorities and the environment, said Innisfil Coun. Alex Waters in a blistering statement during Wednesday night’s virtual meeting of Innisfil Council.

Waters accused the province of stripping Conservation Authorities of their powers, in favour of developers. “This amendment had nothing to do with COVID,” he said.

He also accused the province of “politicizing the whole thing,” noting that developers – if turned down by municipalities, Conservation Authorities and the LPAT (Local Planning Appeal Tribunal) - will now be able to appeal directly to the Minister and override local decision-making.

Waters noted that the new rules require municipal representatives on Conservation Authority Boards to represent only their own municipalities “and not what’s best for the environment.”

He added, “That’s totally wrong… It’s a threat to our environment, a threat to Lake Simcoe.”

Waters urged residents to contact their Member of Provincial Parliament to register their objections to the actions of the Conservative government, and to ask the province to “somehow correct this, if at all possible.”

He pointed out that Innisfil Council was among the municipalities that passed a resolution, asking the province to remove Schedule 6 from Bill 229 – the section dealing with conservation authorities.

“They did this, and it was really nasty, they hid it in an omnibus bill, hoping that no-one would notice,” Waters said. “This is a serious attack on our environment… This is very disheartening.”

“We did everything in our power to share our concerns with the province, including a unanimous board-endorsed resolution calling for the removal of Schedule 6,” said LSRCA chair, Wayne Emmerson. He noted that while the province did make some concessions, what was passed "stands to raise a number of unprecedented challenges related to planning and permitting.”

The new legislation will force Conservation Authorities to issue permits “even if they go against their provincially-delegated responsibility to protect people, infrastructure and the environment,” the release stated, making Ministerial Zoning Orders the standard to bypass planning concerns.

“It’s certainly not the outcome we had hoped for,” said LSRCA Chief Administrative Officer Mike Walters, thanking all of the supporters, municipalities, and individuals who called for changes to Bill 229.

Innisfil hangs on to older fleet vehicles, during a time of fiscal restraint
Jan 16, 2021 1:30 PM