Innisfil residents to stand up for environment at council meeting

Rescue Lake Simcoe Coalition asking public to call their Mayors, Deputy Mayors, and the County Warden to tell them if they think that using an MZO for the Orbit is a good idea or not
Nov 20, 2020 4:14 PM By: InnisfilToday Staff 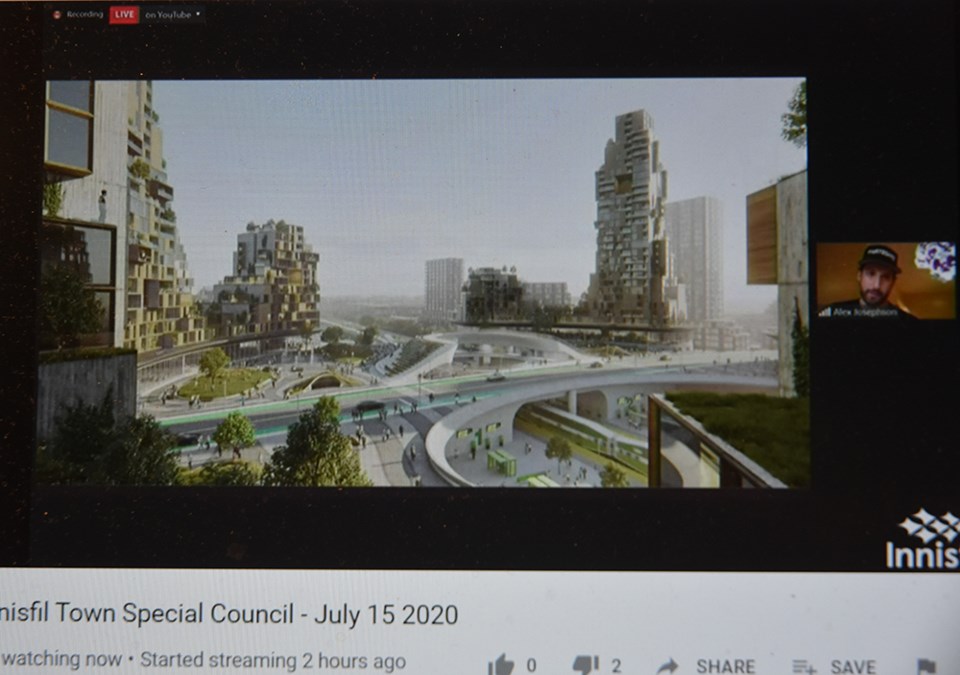 Futuristic rendition of high density development around the GO Train station at the centre of the Orbit.

NEWS RELEASE
RESCUE LAKE SIMCOE COALITION
*************************
LAKE SIMCOE –  On Tuesday Nov. 24, Simcoe County Council will hear a request from the Town of Innisfil to support, or not, the use of a Minister’s Zoning Order to fast track the development of the Orbit. Founder of Council Accountability Group – Innisfil, Leslie Pollak; principal of Kirshenblatt Urban Architecture Inc., Steven Kirshenblatt; and the Rescue Lake Simcoe Coalition’s Executive Director, Claire Malcolmson, will do their best to convince County Council that using an MZO for the Orbit is not in the interest of the county in their delegations to council next week.

Using an MZO to approve development applications before they have all the details in place is a current favourite of the Province of Ontario. More than 30 MZOs have been issued by the Minister of Municipal Affairs and Housing in the past two years. This far exceeds the use of this obscure tool in the past ten years under previous provincial governments.

The delegations will centre on three main issues:

The Rescue Lake Simcoe Coalition is asking the interested public to call their Mayors, Deputy Mayors, and the County Warden to tell them if they think that using an MZO for the Orbit is a good idea or not. The Simcoe County Greenbelt Coalition has written a backgrounder on MZOs and is asking local groups to sign on and share it with their Councils to help educate Councils about the pitfalls and risks associated with using an MZO rather than going through normal planning channels.

The council agenda for Tuesday Nov. 24 can be found here.

Innisfil man among 17 new COVID cases reported in Simcoe County
Nov 25, 2020 1:40 PM
Comments
We welcome your feedback and encourage you to share your thoughts. We ask that you be respectful of others and their points of view, refrain from personal attacks and stay on topic. To learn about our commenting policies and how we moderate, please read our Community Guidelines.