CALGARY — Shaw Communications Inc.'s third-quarter revenue and profit were down from the same time last year due to COVID-19's impact, but the cable and wireless company still beat expectations Friday.
Jul 10, 2020 7:39 PM By: Canadian Press 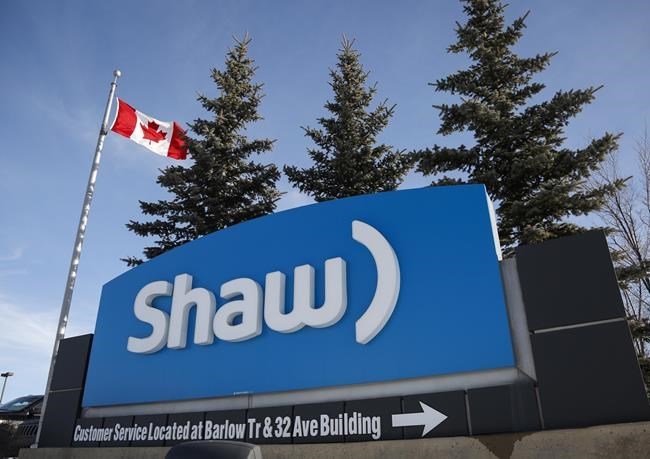 CALGARY — Shaw Communications Inc.'s third-quarter revenue and profit were down from the same time last year due to COVID-19's impact, but the cable and wireless company still beat expectations Friday.

But analysts had estimated just $152 million of profit and $1.26 billion of revenue according to Refinitiv, a financial data company.

"Overall, we delivered Q3 results that were ahead of our expectations," chief executive Brad Shaw told analysts in a conference call.

"That having been said, COVID and its related challenges will be a part of our story for the foreseeable future."

The company noted that, besides the pandemic, its customers have been affected by low commodity prices that have weighed heavily on its home province of Alberta.

Shaw said that 90 per cent of its Freedom stores were closed during the quarter due to COVID-19 lockdowns, affecting its ability to add subscribers and sell equipment such as smartphones.

On the other hand, Freedom's churn rate — which measures how many customers leave — was a company record low of 0.96 per cent.

At Shaw's business services unit, revenue was similar to last year at $140 million, although it was down 2.8 per cent compared with the second quarter that ended in February..

Shaw Business primarily serves the small- and medium-sized market, and many of those customers temporarily suspended, cancelled or reduced their accounts due to pandemic closures.

Companies in this story: (TSX:SJR.B)

Premier Scott Moe worried U.S. could put tariff on steel after Canadian aluminum
Aug 7, 2020 6:43 PM
Comments
We welcome your feedback and encourage you to share your thoughts. We ask that you be respectful of others and their points of view, refrain from personal attacks and stay on topic. To learn about our commenting policies and how we moderate, please read our Community Guidelines.