Delta variant looms over Simcoe-Muskoka, 'we need to win that race' 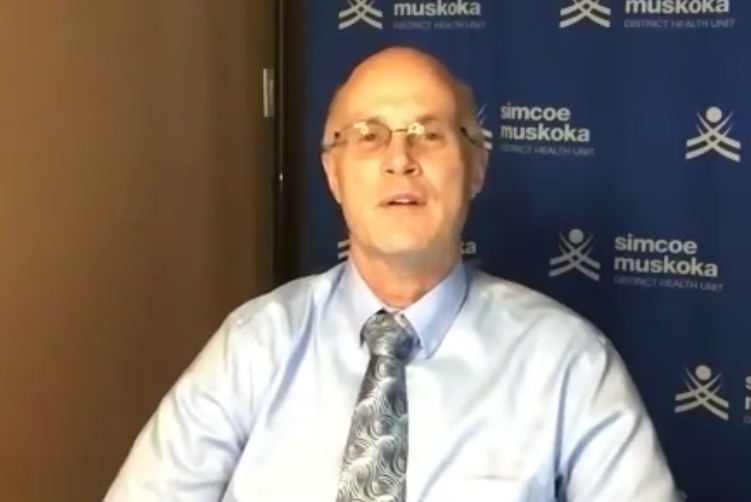 We’re almost there. But not quite.

Simcoe-Muskoka reported just four cases of COVID-19 on Tuesday, including one in Barrie. And while we’re clearly on a downward trajectory, the threat of the menacing B.1.617.2 or delta variant of concern that was first seen in India looms. It now accounts for 54 per cent of local cases.

That means we’re now in a race against the variant with mass immunizations, Simcoe-Muskoka medical officer of health Dr. Charles Gardner confirmed during his weekly media availability on Tuesday.

“We need to win that race. We were in that race before at the beginning of the third wave, but there was no way we could win it then — the numbers were just too high and our degree of coverage was too low and the flow of vaccine was too low at that point,” he said.

“But now we’re in a situation where we have a much higher degree of coverage of (the) first dose and making good progress on (the) second dose," Gardner added.

The volume of vaccine available also keeps increasing, he noted, and there are still stringent measures in place to try to keep any spread at bay.

Gardner emphasized the importance of the continued use of masks and protective equipment as well as respecting gathering limitations given that the delta variant has the potential to change the current course and lead to a new resurgence of COVID-19 cases.

But the latest, more transmissible variant remains a threat.

The United Kingdom is in the throes of a new wave with a 79 per cent reported increase in the number of delta variant cases in one week.

Gardner also pointed to the Waterloo area, where active outbreaks involving the latest variant resulted in a batch of new cases on Tuesday. It is now the number one hot spot in Ontario for new COVID-19 cases.

“We need to stay the course, I would say, to make sure that we win this race,” he said

As of Tuesday, 21 cases have tested positive for the B.1.617.2 variant in Simcoe-Muskoka.

Last week, the Simcoe Muskoka District Health Unit, along with nine other Ontario public health units, was declared a hot spot for the B.1.617.2 (delta) variant.

According to the health unit, emerging variants of concern have mutations that alter the characteristics and cause the virus to act differently in ways that are significant to public health.

There had been a trend for the newest variants to be more transmissible than the earlier ones.

There is also indication of some vaccine escape with the delta variant.